To share your memory on the wall of William Milazzo, sign in using one of the following options:

Provide comfort for the family of William Milazzo with a meaningful gesture of sympathy.

Receive notifications about information and event scheduling for William

We encourage you to share your most beloved memories of William here, so that the family and other loved ones can always see it. You can upload cherished photographs, or share your favorite stories, and can even comment on those shared by others.

Posted Jul 29, 2019 at 12:48pm
My hear breaks for Monie, Tony, Bill, Maria, Charles, Angelo , Charles and Connie and all my cousins and their families. So many memories but I keep thinking of going to the Comet in Northside, listening to music after a family reunion. He was always so kind to me and Rick. I will miss my buddy.
Love all of you,
Kathy
Comment Share
Share via:
TF

Posted Jul 29, 2019 at 11:51am
We will always remember the wonderful times with Bill. He was, and will be a great man. Our thought and prayers are with entire Milazzo family.

The John Schottelkotte family purchased flowers for the family of William Milazzo.

Posted Jul 29, 2019 at 08:58am
To the Milazzo Family We are truly blessed by having known Bill. He was an amazing man. Our thoughts and prayers are with you all. Love you all

Posted Jul 28, 2019 at 09:28pm
Bill, we only knew you for a short time and instantly fell in love with you. Sure did enjoy our Friday night poker games. You were always fun to be around. May you rest in peace Bill. Our prayers are with your family. God bless.
Russell and Margie West.
Comment Share
Share via: 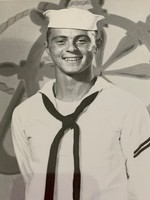