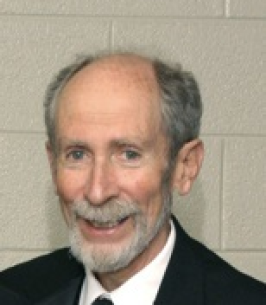 Anthony (Tony) Russo, 80, of Cleves, OH passed on June 17, 2022. Tony was for over fifty-two years the loving husband of Josie Thacker Russo, and together they were parents to Erica (Craig) Kasseckert of Waukesha, WI. He was born in Cincinnati, the second of three sons (the late Mike and Joe) and is survived by his sisters-in-law, Dotty Russo and Rosey Russo. Tony was educated locally in Cincinnati and then joined the Jesuits in 1959, during which time he earned two degrees from Loyola University, Chicago; he left the order in 1968. After returning to Cincinnati he earned another masters degree from Xavier University. For many years he was a teacher and then worked as an alcohol and drug treatment counselor. A man blessed with a vital and readily apparent sense of humor, Tony was always a delight to be around, sometimes to the dismay of others, such were his jokes. His great passion as an intellectual were the writings of Thomas Merton—for years he brought people together through his love of Merton, leading multiple “Merton” retreats to the Abbey of Gethsemani in Kentucky and publishing on his works. As a friend wrote of him, “peace centered his life.” And as a person too Tony developed great rapport with most everyone he met—including his doctors whom he loved to talk sports with. But Tony’s greatest passion was his family. Tony and Josie enjoyed traveling in retirement with trips to England, Ireland, Scotland and a birthday cruise on the Danube River in Budapest being some of the most memorable travel memories. Tony never missed a Mercy HS cross country meet and took joy in hearing about his granddaughter Abbie following in her mother’s footsteps running cross country. For years he and Erica were sports fans together, traveling to baseball games far and wide, to Lambeau Field to see the Packers play, and to closely follow the Marquette University (Erica’s alma mater) Women’s basketball team and to attend three Women’s Final Fours. Tony was the ultimate proud grandfather to Erica and Craig’s children—Abbie, Natalie and the late Tyler—visiting back and forth often, making trips together to Florida, to Telluride (Tony and Josie’s favorite vacation place, repeatedly visited in all seasons), and to the Wisconsin Dells. Tony was their “Silly Grandpa.” In addition to Josie, Erica (Craig), their daughters, and his sisters-in-law, Tony is survived by Josie’s siblings Robert Thacker (Debbie), Mary Matthews (Garry), and Michael Thacker (Lisa) and their children and Mike and Dotty’s children; close friends Bill and John who had weekly get togethers, “Tuesday with Tony”, over the last six years. They’ve been a great mainstay to Tony. Family will receive friends on Friday, June 24, from 5pm to 7pm at the Neidhard-Minges Funeral Home, 3155 Harrison Ave. (Westwood). Funeral Mass Saturday, 10am at Our Lady of Visitation Church (Mack). Family requests that masks be worn for the Visitation and Funeral Mass. Donations in Tony's name may be directed to The Thomas Merton Center, Bellarmine University, 2001 Newburg Rd. Louisville, Ky 40205. Merton.org/give. Burial will be held at a later date. Please visit (Olvisitation.org) for a livestream of Funeral Mass. Please share your most beloved memories of Tony on the memorial wall, so the family can view the messages.