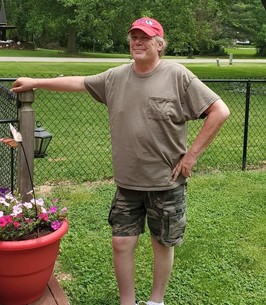 Steve passed away March 5, 2022 at the age of 56. He loved fishing, NASCAR and his dear Jeep “Eugena.” He was a family man who had a close, caring relationship with his father. Steve enjoyed to travel with family to Disney and to Pigeon Forge every year for his and Cindy’s Anniversary. He was a people person who never met a stranger and will be remembered fondly.