To share your memory on the wall of Mary Bazeley, sign in using one of the following options:

Her fortitude was forged early. Mary Lou Ziegler was born May 27, 1916 in a log cabin along the Whitewater River to Charles and Anne (Finn) Ziegler. Mary and her 6 siblings were expected to take active roles in helping on the farm. Mary proved particularly adept at baking pies, making noodles, and frying chicken that would help feed the family and farm laborers—skills that would serve her well the rest of her life. Life was particularly tough on the farm during the Great Depression, followed by the 1937 flood that rose well into their home. A keen student, Mary entered high school at a time when girls were not allowed to study science. She had to petition for permission to do so and became valedictorian of her class. When it came to find work off the farm, she learned that the local phone company would not hire Catholics. This wouldn’t do. She enlisted the help of her parish priest who lobbied on her behalf. Mary was hired. She met and married the love of her life, Fred Bazeley, in 1942. They had 8 children together. The 1970s were a particularly difficult period for Mary. In 1973, her beloved Fred passed away and her eldest son, James, was diagnosed with cancer of the spine, which rendered him unable to walk. In 1974, her house was destroyed by a tornado as she and her youngest son, Brian, sheltered in the basement. Not one to be deterred, Mary had the home rebuilt. She moved her family back into the home on Menz Lane—the first family to do so after the devastation of the tornado. Jim passed away March 1, 1976. Mary had been his caregiver for 3 years.

Throughout her challenges, Mary’s faith never wavered. A devout Catholic, she was a member of the Our Lady of Visitation parish for over 60 years. Mary was active in church causes and activities, serving on the Bereavement Committee for years, providing comfort and assistance to others in their times of greatest need. She also spent many, many hours paying pastoral visits to inmates in the Hamilton County Justice Center. Never judgmental, Mary always said that many of these inmates never had a person visit them—even family. She offered a sympathetic ear and open heart to these strangers. Mary was a longtime volunteer at Mercy Western Hills Hospital, volunteering well into her 90s. She had a keen Irish wit which will surely be missed. Mary had no tolerance for any act of unkindness or prejudice of any kind. She always voted in every election once she came of age, beginning with her first vote for FDR in 1940. Mary’s selflessness and love for her fellow man is the embodiment of what a true Catholic should be.

Nothing was more important to Mary than family. There was no greater joy than watching her beam at large family gatherings, proud of the adults her children had become and taking delight with the arrival of each new grandchild and great grandchild. Many of her grandchildren’s fondest food memories revolve around “Grandma’s noodles”, making use of one of the skills she had learned at her mother’s side back on the farm. Mary took particular interest in the educational pursuits and achievements of her children and grandchildren. When her son was in the Elder Glee Club, she became a chaperone and traveled with the singers as they toured Europe, providing her the opportunity to visit several sacred shrines, memories that she always cherished. The travel bug had bitten Mary. She took many trips around the United States with groups, mostly from the west side of town. She even took a trip back to Ireland to visit the place from where her mother had emigrated and visited with relatives still living there.

Out of an abundance of caution during the pandemic, a private funeral mass will be held. A memorial celebration of Mary’s extraordinary life will be held at some point in the future, when a crowd of the many whose lives she touched so deeply can safely gather and remember her. The family would like to thank Tracy Kruse, Deborah Hollen, Linda Wesley, Sylvia Smith, and Mary’s grandson, Matthew Bazeley for their loving and kind care that they provided her.

If desired, donations are requested to be made to Our Daily Bread, 1730 Race St, Cincinnati, OH 45202 or to the charity of one's choice.

A live stream of the Mass will be available at the following link Saturday, January 30th at 10 AM:

Receive notifications about information and event scheduling for Mary

We encourage you to share your most beloved memories of Mary here, so that the family and other loved ones can always see it. You can upload cherished photographs, or share your favorite stories, and can even comment on those shared by others.

Your MSS Family sent flowers to the family of Mary Louise Bazeley (Ziegler).
Show you care by sending flowers

3 trees were planted in the memory of Mary Bazeley

3 trees were planted in the memory of Mary Bazeley

Posted Jan 29, 2021 at 04:40pm
It was a pleasure to know Mary.Her sarcasm,humor and laugh always made my day.I will miss her dearly.May you rest in peace. 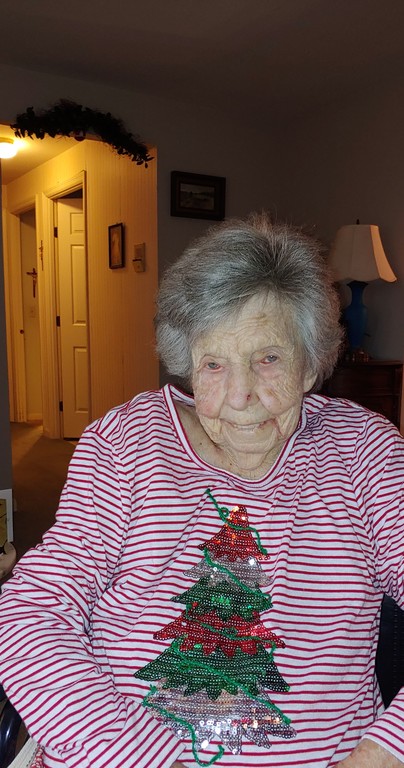 Posted Jan 29, 2021 at 08:55am
Dr. Stephen Bazeley & the Bazeley Family, We are thinking of you and praying for you during this difficult time.

Your MSS Family purchased flowers for the family of Mary Bazeley. Send Flowers

Posted Jan 28, 2021 at 02:27pm
Although I did not ever have the honor and privilege to meet Mary, I heard many wonderful and admiring stories of her amazing life from son, Terry. What a life she lived, and what things she experienced! Also heard about her devotion to many people and causes. This world would be a much better place if more people cared like she did. I was so sorry to learn today when I bumped into Terry of her passing. What a glorious life. But what a reunion she must be having right now, as she has reached her great reward that she journeyed toward for so very long. Rest in Peace, Mary. You were truly what a good person is, and what we should all strive to be. To the Bazeleys: So sorry for your loss. You are a very lucky family to have had this woman.
Comment Share
Share via: 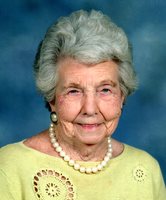 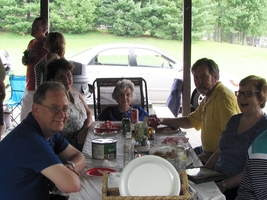 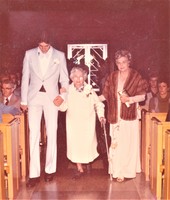