To share your memory on the wall of Louise Bellissimo, sign in using one of the following options:

Print
Louise Bellissimo (nee Gramaglia), age 88, passed away peacefully on Sunday, September 6, 2020.
Louise was born June 20, 1932, in Cincinnati, Ohio, to Vito and Antonietta Gramaglia of South Fairmount. The joy of her arrival, however, was short-... Read More
Louise Bellissimo (nee Gramaglia), age 88, passed away peacefully on Sunday, September 6, 2020.
Louise was born June 20, 1932, in Cincinnati, Ohio, to Vito and Antonietta Gramaglia of South Fairmount. The joy of her arrival, however, was short-lived as six months later, Antonietta succumbed to double pneumonia. With eight other children to raise, Vito placed Louise in the care of St. Joseph’s Infant Asylum, where she was cared for until reunited with her family at the age of 4. She attended St. Bonaventure Elementary in South Fairmount and Mother of Mercy High School in Western Hills.
In 1949, Louise and her best friend, Jo Ann “JoJo” LaRosa (née Augustine), dropped out of high school after their sophomore year to enter the workforce. They began working at Klein’s Department Store in downtown Cincinnati. It was around this time she began dating Angelo “Bliss” Bellissimo. Drafted to serve in Korea, Bliss proposed to Louise, and they were married at San Antonio Church in South Fairmount on December 29, 1951. While Bliss was serving overseas, Louise worked at the telephone company as a long-distance operator. She saved her money and set up a home in anticipation of Bliss’s return from military service.
In 1953, Louise’s brothers Vinnie and Pat (Pasquale) Gramaglia opened the first location of Pasquale’s Pizza on Queen City Avenue in South Fairmount. She worked alongside her brothers in the early stages of the venture, which eventually grew to a 125-location chain by the late 1960s. Louise purchased the original site of Pasquale’s Pizza, operating it for several decades until selling the business and retiring in the mid-1980s.
However, retirement did not agree with her, or maybe she did not agree with retirement. Either way, at the behest of her best friend JoJo, Louise began working for lifelong friend Buddy LaRosa at the Bridgetown LaRosa’s. She loved to work, as she gladly admitted that work defined her. In her thirty-plus years at LaRosa’s, she touched the lives of many people, working full-time until she was 86 years old.
In addition to her being a successful and self-taught businesswoman and loyal, tireless employee, Louise was an incredible and loving Mother to her boys, John and Jay. She never stopped supporting and nurturing them in all aspects of their lives. She was also a passionate and fierce advocate for her friends, helping anyone in need, often lending physical and moral support. So many knew and loved Louise as their “second Mom.” Casual acquaintances also recognized in her something special. The nurses at her assisted living home would say, “I just love her!”. She had that effect on people, even on her bad days. While friends and strangers alike may have been surprised by Louise’s occasional salty language, she understood that an 80-something-year-old woman cussing a blue streak was just plain funny. We will miss her.
Louise is survived by her son Jay Bellissimo (Rosemary) of Atlanta and her sister, Theresa Schultz. She is preceded in death by her husband Angelo Bellissimo and son John Bellissimo, brothers Vincent Gramaglia, Joseph Gramaglia, Francesco Gramaglia, Pasquale Gramaglia, and sisters Marie Isadore, Vetulia Newman and Cecilia DeCamp.
According to her wishes, there will be no funeral or calling hours. Burial will take place in the cemetery at St. Aloysius Gonzaga in Bridgetown. In lieu of flowers, please send donations to Bayley at 990 Bayley Drive, Cincinnati, Ohio 45233.
The family would like to thank the staff and caregivers at Bayley and the team at Hospice of Cincinnati for their care and dedication to Louise in her last days. She was in very good hands.
Read Less

Receive notifications about information and event scheduling for Louise

We encourage you to share your most beloved memories of Louise here, so that the family and other loved ones can always see it. You can upload cherished photographs, or share your favorite stories, and can even comment on those shared by others.

Posted Sep 11, 2020 at 02:09pm
I had the pleasure of meeting Louise when she started at Bridgetown Larosas. We had alot of fun but we also worked hard together. I could have swore my first name was 'GD' but it was always said with care. That was how Louise was.
Thoughts and prayers to you and family Jay. Dennis Lally 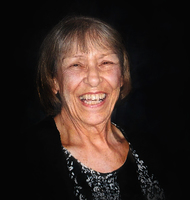