To share your memory on the wall of Joseph Garvey, sign in using one of the following options:

Receive notifications about information and event scheduling for Joseph

We encourage you to share your most beloved memories of Joseph here, so that the family and other loved ones can always see it. You can upload cherished photographs, or share your favorite stories, and can even comment on those shared by others.

10 trees were planted in the memory of Joseph Garvey

3 trees were planted in the memory of Joseph Garvey

Posted Jul 02, 2020 at 11:12pm
Joey was an incredible indivual stayed strong and positive . He was a mentor to my son Jason who also has a disability. I will always be greatful for the time we shared , and the advise he past down to my son.
Comment Share
Share via:
JH

Posted Jul 01, 2020 at 11:41pm
The Garvey’s grew up with the Holley’s so we help raise each other kids. Joe always raised the of excitement when he was around. It was not uncommon to break up hand to hand combat and with BB guns on a regular bases, but many many good memories that I can’t wait to share with the family. Life is not fair, Joe was a good man that I will always remember and love like a son.
Comment Share
Share via:
DF

Posted Jul 01, 2020 at 10:15pm
Loved walking into CrossFit on the River and seeing Joe’s bright smile and competitive spirit. I remember fondly seeing him rope climb, wheel chair and all, nothing holding him back. Fast forward and had another great time seeing him out on the golf course for the Garvey family outing. Always getting his digs in and joking around with everyone. Hope the family can find some peace during this uneasy time. Much love and many prayers to the Garvey’s and extended family. ❤️ The Faulk’s
Comment Share
Share via: 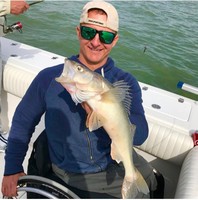 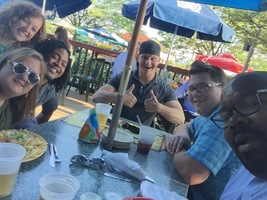