To share your memory on the wall of Joan Troll, sign in using one of the following options:

Receive notifications about information and event scheduling for Joan

We encourage you to share your most beloved memories of Joan here, so that the family and other loved ones can always see it. You can upload cherished photographs, or share your favorite stories, and can even comment on those shared by others.

Much Love, Inez, Jenny, Mike, Evan and Noah, Rachel, Jim, and Aunt Coffee, and other have sent flowers to the family of Joan Troll.
Show you care by sending flowers

Posted Nov 30, 2020 at 12:52am
We were all very sad when we received the news of Joan‘s passing recently. Our thoughts and prayers are with the famliy. We are sending our sincerest condolences.
Hopefully you already received my emails That I sent to your addresses.
We think back with smiles and happiness to our time in America when Joan and we were in close contact. We will always remember her optimism and humor and she will always be in our hearts. We will miss her.

Flowers were purchased for the family of Joan Troll. Send Flowers

Posted Oct 14, 2020 at 12:01pm
Words can't express how saddened we are to lose such a close family friend. We will cherish the wonderful memories we've made together over the years!

The FTD Rays of Solace Bouquet was purchased for the family of Joan Troll. Send Flowers

Posted Oct 11, 2020 at 03:28pm
June - I was quite saddened to see the notice of the loss of your dear Sister, Joan. I recall, fondly, visiting with you and she when you'd stop into my shop in Waynesville for Beanies and Hummels. It was always a treat seeing you both. I miss those days. I know this is a difficult time so please accept my condolences on your loss. I hope you are well. 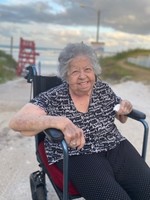