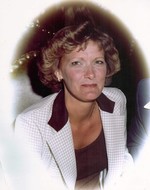 Janet raised three children while earning a degree and entering the workforce following the early death of her husband. She worked many years in heart and vascular healthcare. She was a selfless, compassionate person who lived her life for others. Janet was an avid reader who instilled her love of the library in her grandchildren. She enjoyed traveling with friends and family.

Janet's wish was for no funeral services. Instead, please celebrate her life with happy memories, raise a glass at Kenning's or honor her giving with a charitable donation. Family will have a private celebration of life at a later date.