To share your memory on the wall of Earl Conklin, sign in using one of the following options:

Sports, especially baseball, gave focus to his growing up years. At the University of Missouri he played third base on the Big Six Conference championship team and led the league in hitting. Earl was scouted by both the Brooklyn Dodgers and New York Yankees, however, World War II intervened. He volunteered for the Marine Corps in March, 1942. Following boot camp and officer training he served as a 1st Lieutenant in the South Pacific theatre. He was wounded on Okinawa, returned to service there and later received a purple heart. His final station was guarding a railway in China.

Following the war, Earl completed his business degree at the University of Missouri (Mizzou). At the time, he owned 2 pairs of khakis which he wore with athletic department T-shirts. He supported himself working in an icehouse, spotting football games and refereeing basketball games.

After graduation, Earl played a few years of semi-pro baseball with the Danville Dodgers, Brooklyn’s farm team before concluding that he was too old to pursue this career.

Earl met Boots Vaughan in 1947 through a blind date arranged by his and her parents during a pinochle game. Reluctant to go, Earl took a baseball friend along. It was literally love at first sight. They had thirty dates in thirty days. On date two they agreed to marry, but waited six months to do so on May 8, 1948. Earl and Boots were married for 65 years before her passing. Both would identify their marriage as the best decision of their life. Mutual respect and never going to bed mad were the keys to their success.

Unemployed at the time of his wedding, Earl ironed Boots’ nursing uniforms and looked for sales work. One of the early products he sold was typewriters. Within a few years, he broke into the insurance business. In 1953, with two children in tow, he transferred to Cincinnati. Earl went on to build a career as an insurance agent specializing in bonding. He retired, still loving his work, in 1994, at age 72.

Earl’s pleasures were simple. He loved traveling with Boots and friends, playing tennis and golf, sitting on the back porch drinking iced tea (with lots of ice) and listening to Glen Miller and Ella Fitzgerald, practicing his golf swing, and chatting with friends. He was proud to serve many years on the Oak Hills High School Alumni and Education Foundation board.

Earl’s values were clear and unfaltering: God, Family and Country. These drove his every action. In recent years, he often said “I’ll go when the good Lord wants me.” The Lord called him at 4:32pm on Friday, January 29, 2021.

Receive notifications about information and event scheduling for Earl

We encourage you to share your most beloved memories of Earl here, so that the family and other loved ones can always see it. You can upload cherished photographs, or share your favorite stories, and can even comment on those shared by others.

Bob and Marty Hamilton sent flowers to the family of Earl J. Conklin.
Show you care by sending flowers

Posted Feb 03, 2021 at 09:11am
Our sympathies to your family. “Cupcake” will be missed! What a kind and gentle man. We ran into him occasionally and always enjoyed catching up with him. May he Rest In Peace. Ron and Diane Schmutte
Comment Share
Share via:
H

Bob and Marty Hamilton purchased flowers and planted a memorial tree for the family of Earl Conklin. Send Flowers

Posted Jan 31, 2021 at 05:41pm
Earl, or Mr. Conklin as I called him until I was at least 50 years old, was my favorite client. His commitment to his family was steadfast and unfaltering. He inspired hard work, family values, and charity. More, he was a friend and Mary and I will miss him.
Comment Share
Share via:
SH

My neighbor growing up. Truly one of the nicest men I’ve known. I was lucky enough to see him about 3 months ago and we got to spend some time reminiscing. My deepest sympathy to Terry and Kim and families. 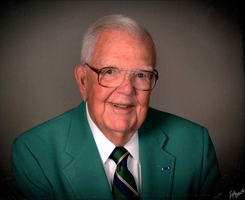