To share your memory on the wall of Donald Flick, sign in using one of the following options:

Receive notifications about information and event scheduling for Donald

We encourage you to share your most beloved memories of Donald here, so that the family and other loved ones can always see it. You can upload cherished photographs, or share your favorite stories, and can even comment on those shared by others.

Love, Carly and Nick Shoemaker and family, Kate and Cricket Hein, and other have sent flowers to the family of Donald B. Flick.
Show you care by sending flowers

Posted Feb 17, 2020 at 09:16am
To the Baverman and Vehr families. May your warm memories of Papa Don give you peace and comfort during this difficult time.

Kate and Cricket Hein purchased the The FTD Comfort Planter for the family of Donald Flick. Send Flowers

The Bakers purchased flowers for the family of Donald Flick. Send Flowers

Posted Feb 16, 2020 at 11:40am
I was so sorry to see Don has passed. the one thing we know he is now with the angels, no more pain. I am so glad in years paste I had the opportunity to be able to get together with one of my class mates from St. Cecilia's. It was wonderful to have at least time to get to know one another as adults. My sympathy to the entire family,
Don't forma class mate, Day Schwertman Lemming.
Comment Share
Share via:
MN 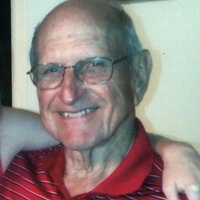