To share your memory on the wall of Clyde Waddell, sign in using one of the following options:

He leaves as his legacy three children: Justin Waddell (Regina), Amanda Kuiper (Sam), and Kaitlin Waddell, as well as three grandchildren: Bella, Elizabeth, and Killian. He also leaves to cherish his memory his mother, Martha Waddell and three siblings, David Waddell (Kim), Robert Waddell, Sherrie Brown (Jerry). His children remember him as the most hard working, generous father anyone could ask for. He loved with his all, treasured his grandchildren and would have done anything for his family.

He was preceded in death by Clyde Lee Waddell, Sr. (father).

Clyde was a machinist at General Electric. He was passionate about helping others reach their full potential and affecting the most positive change wherever he went.

In lieu of flowers, please donate to the Juvenile Diabetes Research Foundation, donation envelopes will be available during the visitation.
Read Less

Receive notifications about information and event scheduling for Clyde

You will receive any future notification messages.
Print

We encourage you to share your most beloved memories of Clyde here, so that the family and other loved ones can always see it. You can upload cherished photographs, or share your favorite stories, and can even comment on those shared by others.

Posted Apr 27, 2019 at 12:41pm
So sorry to hear about your loss . We are praying for the family. Take some comfort in knowing he is with loving family that proceded him to heaven.
Comment Share
Share via:
JS

Posted Apr 27, 2019 at 09:48am
It was a privilege to have known Clyde for the 10 years we worked together at ALSTOM and GE.He was always willing to help his fellow employees with work or just listen if they were having a bad day.He will be missed by all who knew him ...he was honest,caring,considerate and a pleasure to know .GOD blessed us all with Clyde's time here on earth ...RIP my friend
Comment Share
Share via: 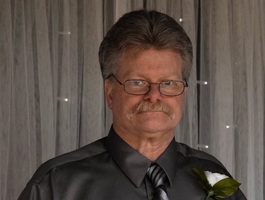